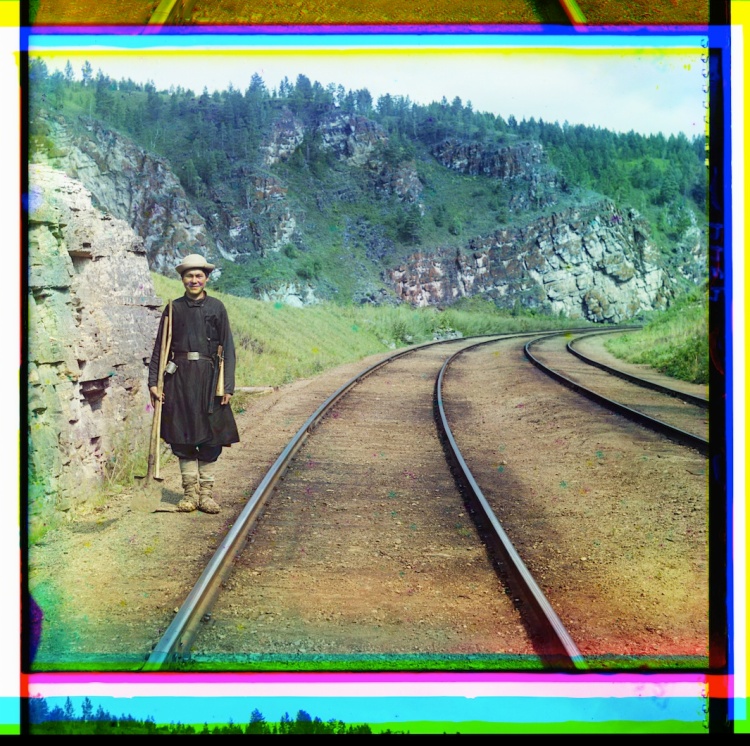 While waiting for one of my favorite restaurants to open on a recent Saturday in Evanston, I killed some time in Market Fresh Books, a used book store that sells by the pound.

Buried behind the travel shelf I found a battered copy of Farley Mowat’s The Siberians, which you can get for a penny + shipping on Amazon. I’d never heard of Mowat, but with “Siberia” and “travel writing” as key words, I figured it was a safe bet.

And a smart bet, too. As a Canadian, Mowat got prestige access to 1960s Siberia at a time when most U.S. writers were still locked out, left only to imagine a frozen, lifeless tundra teaming with gulags and wolves – a stereotype that still persists. But Mowat does a great job demystifying it, taking a comprehensive documentary snapshot of a world that’s largely disappeared over the past 60 years. Here are some of my favorite passages:

They called it Spirit Vilyui and I am not sure how it was made. They tell about one fellow who dropped a two-liter bottle of it on the frozen ground outside his house one cold winter night. The next morning there was a mudhole a meter in diameter and, when they tried to find how deep it was, they couldn’t get a probe long enough to reach the bottom.

Thirty-seven years after Yermak broke through the Ural wall, a band of Cossacks rowed rough-built boats along the wide Yenisei to the mouth of an unknown tributary flowing westward out of an immense mountain plateau. This region was inhabited by a forest-dwelling people whom the Cossacks called Tungus, but who called themselves Evenki. The land of the Evenki was full of fine sable, which drew the Cossacks up the new river (Tunguska they named it), over rapids, around roaring falls, deep into mountain valleys and finally to the height of the land. A small party crossed them on a mountain brook, then descended it toward the east. They had discovered the headwaters of the Vilyui River, which was to lead them to its mother stream, the Lena, and so open the whole of northeastern Siberia to Cossack depredations.

This old man fascinated me. He seemed incredibly ancient, with a face so seamed and lined it was almost featureless except for his pale blue eyes. He had come staggering across the tarmac bent almost double under a tremendous load; a huge a blackened packsack with a bedroll poised on top of it; two great bundles of steel traps; a worn and filthy gun case; and a half a dozen miscellaneous bundles hanging by strings and straps from his narrow shoulders. The stewardess, a bandbox beauty, immaculately uniformed and totally impersonal, had not greeted the old fellow with noticeable warmth. Her disapproval did not seem to bother him. As he bumped into people int he process of trying to stow his huge load under and on top of seats, he grinned a toothless, friendly grin and joked in so heavy an accent that few of his fellow passengers seemed to understand him. Or perhaps they simply did not want to understand. 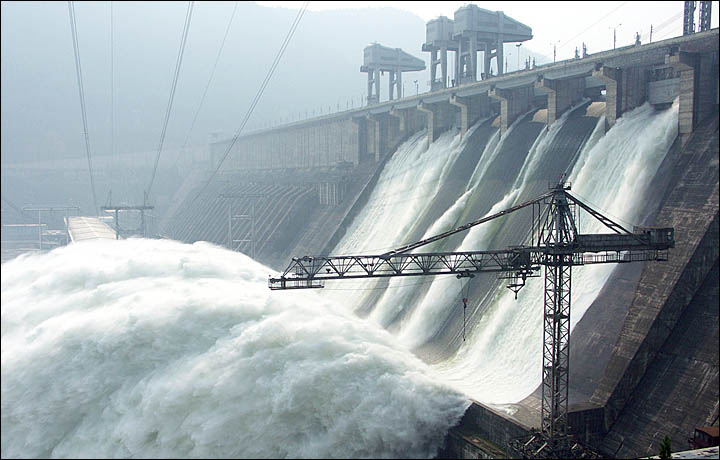 We reached the deep and shadowed Vilyui valley and turned along it. Suddenly our view of the dark gorge was shuttered by a towering gray shape. Although recognizable as a dam – and a mighty one – it was quite unlike any of the great dams I had ever seen. Instead of the usual shining walls of white concrete lifting in precise lunar curves, here was a jumble of huge rock fragments rearing skyward in such apparent confusion that at first glance it seemed as if a natural cataclysm had stoppered the gorge.

Nikolai also talked about a United States naval expedition which sailed through the Bering Strait in 1879 in a quixotic attempt to reach the North Pole. The expedition ship, Jeannette, under Lieutenant DeLong, was caught in the polar pack and spent two years drifting aimlessly in the ice until she was finally crushed not far north of the New Siberian Islands. In September 1881 word reached General Tschernaiyev, the Governor of Yakutsk, that Evenki reindeer herders had found eleven white men, all close to death, at the mouth of the Lena. these were the sole survivors of the Jeannette. Nurtured by Evenki and Yakut people, the eleven were brought to Yakutsk and finally restored to their homes. Strangely enough, the tragedy of the Jeannette is well remembered in Yakutia but is all but forgotten in the United States.

Politics and art simply don’t mix. We have always known this and the authorities ought to realize it. Just the same, they go on insisting it is an artist’s foremost duty to serve the propaganda needs of the State. We have no wish to work against the State, but unless we are free to interpret things as they appear to us, we will never be more than hacks.

Many human beings are becoming increasingly distrustful of the validity of our constantly accelerating pursuit of Progress. I, myself, am one of the unreconstructed people who have still to be convinced that the general industrialization and mechanization of our world will lead to the achievement of paradise on earth. Before I can become one of the new believers I must be shown that the future toward which man’s febrile capabilities are so hotly directed, holds more – much more – than the cold rewards of Ultimate Production and Mindless Consumption; more than the enforced exchange of our primordial allegiance to the laws of nature for an increasing servitude to the frail and capricious laws we contrive in their stead; more than the conversion of this world (and others we may grasp) into seething anthills totally dependent for survival on the insensate whims of machines. I must be shown that the Goddess of Progress is not the true bitch goddess.