If you read anything by Peter Hessler, make it Oracle Bones. It’s about the China I one day hope to meet. Here are a few parts I liked:

In Anyang, at an archaeological site call Huanbei, a small group of men work in a field, mapping an underground city. The city dates to the fourteenth and thirteenth centuries B.C, which the Shang culture was probably approaching its peak. Nowadays,the Shang ruins lie far beneath the soil, usually at a depth of five to eight feet. Peasants have planted crops for centuries without realizing that an entire city waited beneath them.”

A light flickered in the woman’s eyes. “Two people did the year before last,” she said. “One of them jumped and one of them fell. The one who jumped had just been dumped by his girlfriend. Actually, he survived, but the guy who fell died.”

Another evening, the heavy-browed man stayed late in the restaurant, drinking vodka with a Uighur friend. As the alcohol disappeared, the two men took turns burning holes into their own forearms with cigarettes. Afterward, whenever they met, they would shake hands and each would touch the other’s scarred wrist, smiling at the memory of whatever shared demons had brought them together that night.” 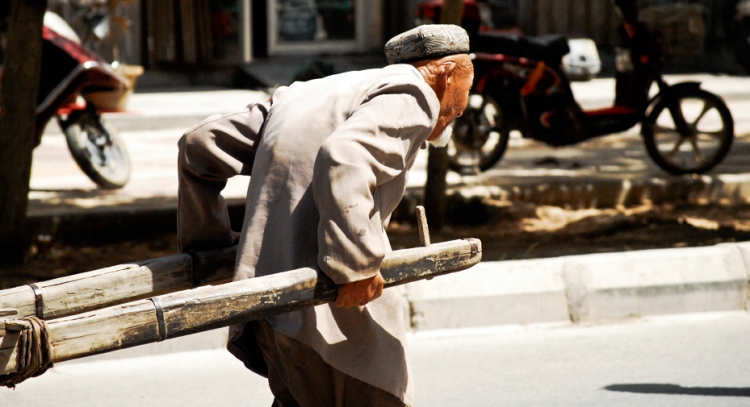 His point is simple: censorship captures the imagination, but the process of creation might be even more destructive. In order to write a story, and create meaning out of events, you deny other possible interpretations. The history of China, like the history of any great culture, was written at the expense of other stories that have remained silent.”

At the Gateway to the Country Hunting Park, tourists pursued “wild” quail, pigeon, pheasant, and rabbit. The birds were tethered to the ground, and for one yuan, tourists could shoot at them with either a .22-caliber rifle or a bow and arrow. For three yuan, they could take a potshot at a rabbit that was also tied to the ground. They were allowed to eat anything they kills.”

The head is long and thin, and the exaggerated shape invariably draws your attention straight to the eyes. They are sharply angled, and instead of a pupil, a long horizontal crease runs through the center of each eye. That crease gives the object an otherworldly expression: maybe human, maybe not. The eyes could be blank or they could be full. This piece of metal was manufactured more than thirty years ago. I hold the bronze head in both hands and the room is completely silent.” 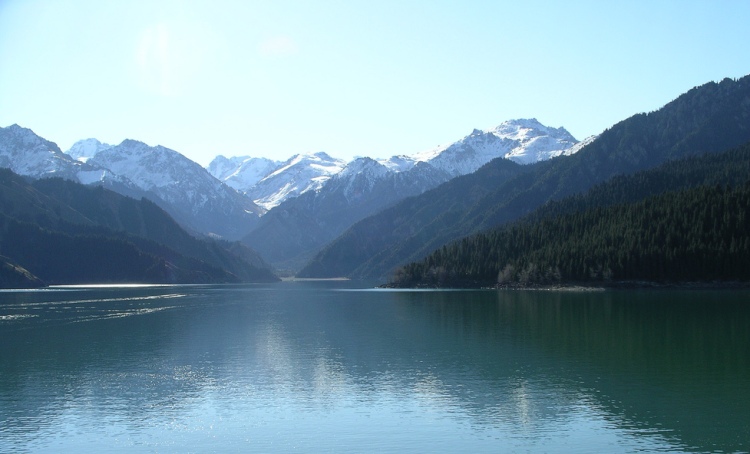 The river in my hometown is peaceful,
But my heart is not.

In one exhibition hall, a display features a baby’s skeletons squeezed into a jar – perhaps the relic of some grisly Shang ritual. Another building contains a chariot and four skeletons that were excavated from a neighboring field in 1987. The skeletons are paired: two horses, two humans.”

The first sign was always the wind, after that, the sky darkened and then, if you happened to be outside, your eyes began to burn. Once you made it indoors, you could sometimes hear the particles rattling softly against the window panes. The loess blew in from the dry landscapes of northwestern China, as well as from both Mongolias, the Inner and the Outer, the places that seemed far away and abstract until you felt the grit against your face.”

In Urumqi, at the provincial museum, he happened to wander into a back room and saw three bodies under glass: a man, a woman, and a small child. They had long noses, deep-set eyes, and blond hair. They were remarkably well preserved – the most intact ancient corpses that Mair had ever seen.”

An oracle-bone scholar once said: Those are the notes. We have to provide the music ourselves.”