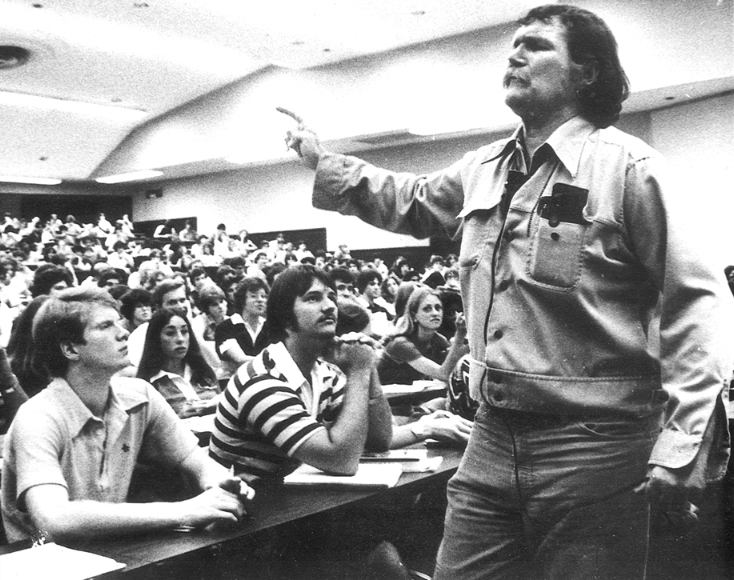 “But this was more serious than death. This was as serious as money.” (17)

“Well, like the man says, it’s two kinds of people in this world. Us that wants a drink and them that don’t want us to have one. It’s always been like that and I don’t see how it’s gone change no time soon.” (35)

“The last call had come for drinks when Buck sat down at my table. He was nearly two ax handles broad at the shoulder, with a belly that had cost him several thousand dollars’ worth of beer. That was when he told me of his dying hunger for lilies and that the lady who owned them had just left. He didn’t have to tell me anything. I knew it all by the time he settled in his chair and I got a good look at this face. Lilies were growing all over it. […] Some men’s madness is alcohol or dope or gambling; Buck’s is lilies.” (43)

“The girl, Monica, nicknamed Money, had worked for a long time in carnivals, and in a carnival nobody has a job, he has a ‘proposition.’ And if you want to put him out of business, by using the law or anything else, you are said to ‘burn down the proposition.'” (50)

“Proper training of a bullterrier for the dogfighting pit requires two dozen live kittens a week. Each kitten is tied unceremoniously to a stuck and dangled in front of the dog to whet his lust for killing. A good pit bull will quickly tear the kitten’s front legs off. Then, excited by the kitten’s blood and its agony, encouraged also by his trainer’s bloodthirsty yells, the true fighting dog will rip the kitten’s head off. After perhaps eight weeks of kittens, the dog is graduated to the killing of puppies and small dogs. He learns well the taste of their blood.” (53)

“This is America, where money’s more serious than death.” (55)

“So I searched out Mac’s place the way other men might search out the right wife or the right church. No blasphemy intended, but I learned a long time ago for many of us where we drink is more important than what we drink, more important even than if we drink, because a bar that’s right is a place you can go and sit for hours in the friendly supportive dark, sipping warm Coke and eating endless bags of fried hogskins, greasing and regreasing your stomach after some mild outrage in the same bar the night before. Such a bar should never be crowded. If a bar’s crowded, you know immediately it’s not good because there are never enough people who know a good bar from a bad bar to cause a crowd.” (62)